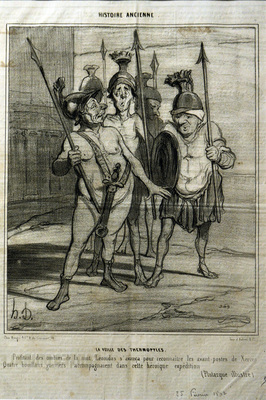 Published in Le Charivari in 1842.

Translation: EVE OF THE BATTLE OF THERMOPYLAE.

Taking advantage of the shadows of the night, Leonidas advanced to reconnoitre the vanguard of Xerxes. Four fervent warriors accompanied him on this heroic expedition.