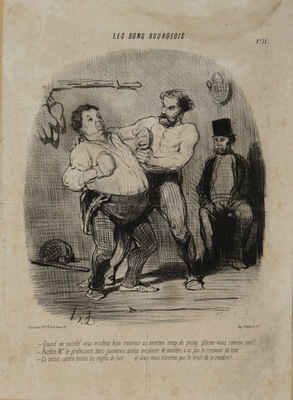 - Sorry, professor, but actually I would prefer not to be hit at all.

- This would be against the rules of the art, and besides, you would have no reason to hit back!

Many French citizens took up boxing, a sport that had been introduced from England in the early nineteenth century. The portly amateur in the lithograph seems a poor fit for the spot, especially in comparison to his rugged trainer.