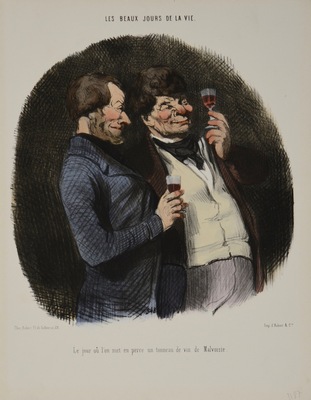 English: The day when one broached a cask of Malvoisie wine.

Wine is more than just a beverage in French culture, but a point of great national pride. Just as today, French wines were renowned worldwide in the nineteenth century. During Daumier’s lifetime, vintners prospered as the rising middle class created a flourishing market for fine wines like the Malvoisie depicted in this print—a dessert wine from the south of France.