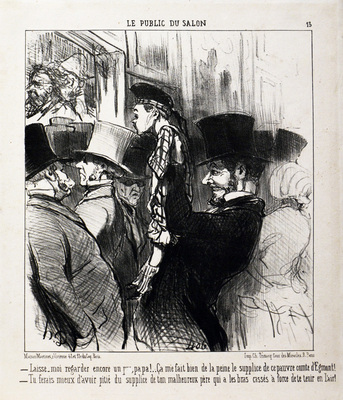 Published in Le Charivari in 1852

-Please Papa, let me look again... I am so sorry for poor Count Egmont's pain!

-You'd better feel sorry for your unfortunate father, who is breaking his arms, holding you up I'm the air like that.