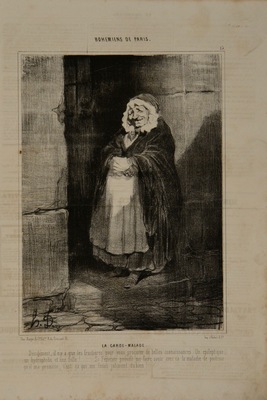 -Clearly, there are only fruit trees to get you good knowledge. An epileptic, a hydrophobic and a madwoman! ..... if the grocer could make me have the breast disease he promised me with that, that's what would do me nicely!