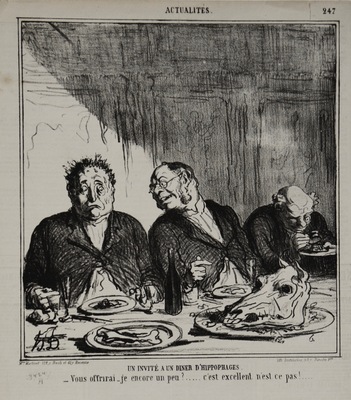 English: Current Events. A Guest at a Horsemeat Dinner.