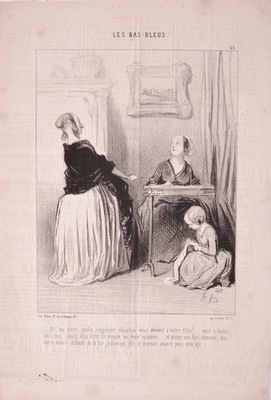 -Ah! My dear, what strange education are you giving your daughter?

-When I was twelve, I had already written my first two-volume novel. It was so advanced for my age that my mother wouldn't allow me to read it.