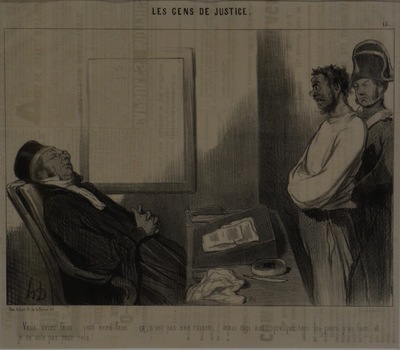 English: Men of Justice. You Are Hungry. So you were hungry... that's no excuse! I too am hungry almost every day and I don't go out to steal!

While the theme of Daumier’s print seems reminiscent of Les misérablesby Victor Hugo(1802-1885), Hugo’s historical novel did not appear in print until 1862.