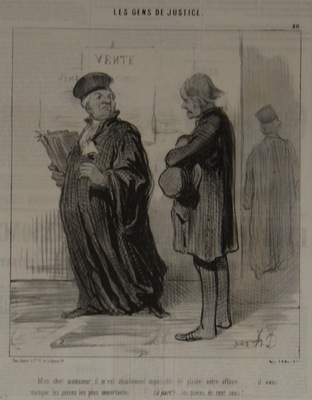 Translation: My dear sir, it is absolutely impossible for me to plead your case ..... you are missing the most important coins ...... (apart) the pennies! ....