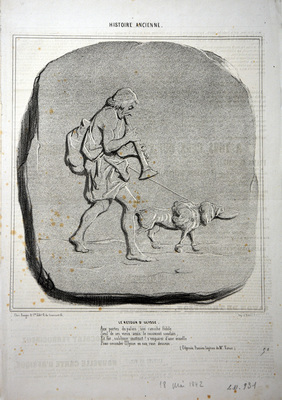 Published in Le Charivari in 1842

Translation: THE RETURN OF ULYSSES.

At the door to the palace his faithful poodles
the only to recognize him - refused their noodles
they came with their plates to help in the fight
to an endevaour that brought Ithaca back to light.