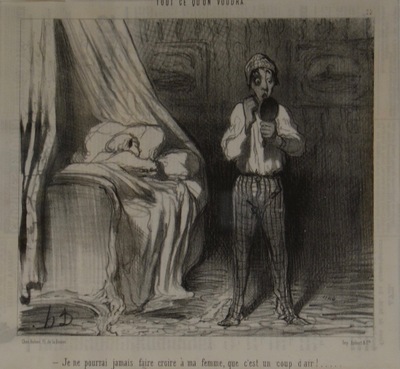 Translation: - I can never make my wife believe that it's a breath of fresh air! ....