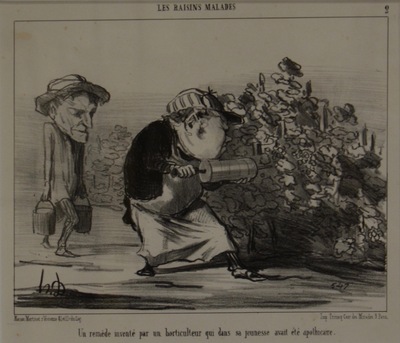 Translation: A remedy invented by a horticulturist who in his youth had been an apothecary.