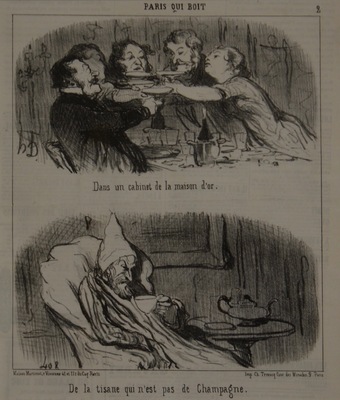 Translation: In a cabinet of the house of gold.

Herbal tea that is not Champagne.