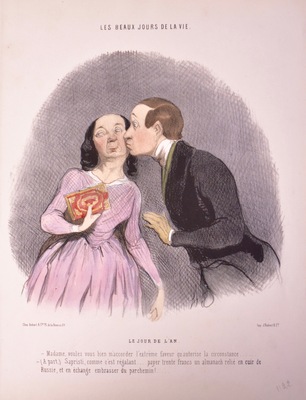 -Madame, will you grant me the honor that the occasion calls for.... (Aside) Blast, it’s so lovely.... to pay thirty francs for an almanac bound in Russian leather and in exchange one must kiss the parchment!