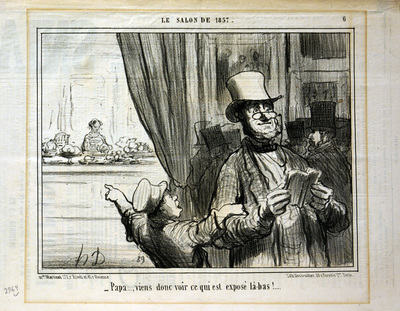 Translation: Dad ... come and see what is on display there! ..