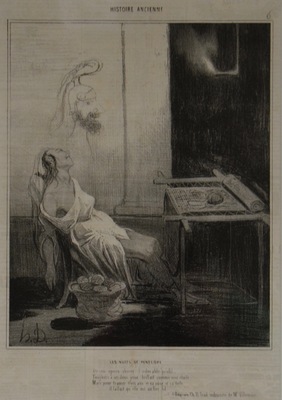 THE PENELOPE NIGHTS. From her absent husband the adorable profile, Always in his sweet eyes shone like a star. But to weave three years and its cunning and its web She had to have a proud thread.