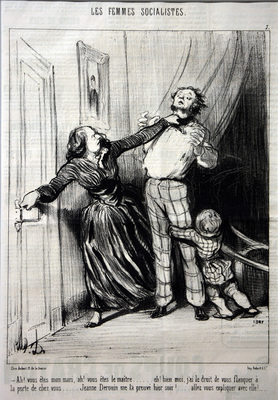 Published in Le Charivari in 1849

Translation: You may be my husband and the master of the house, but Jeanne Derouin confirmed to me yesterday, that I can throw you out any time. If you want to, go and discuss it with her!