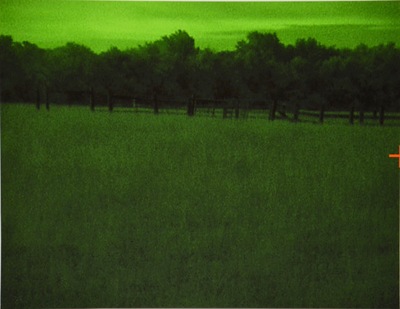 Michael Mercil is Chair of Graduate Studies in the Department of Art at the Ohio State University. He received his BFA from the Minneapolis College of Art and Design and MFA from the University of Chicago. Among the venues where his art has been shown are the Columbus Museum of Art, the North Dakota Museum of Art, and the University of Virginia Art Museum. Public commissions include projects for Teardrop Park in New York and Allegheny Riverfront Park in Pittsburgh. These digital prints were conceived as a diptych and the second images intentionally inverted.