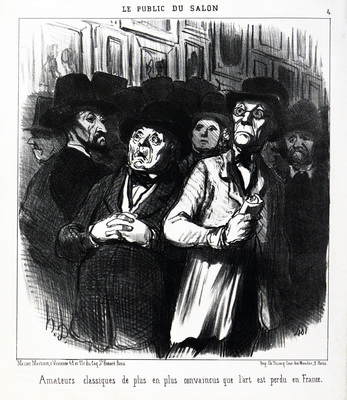 A group of several men in suits and top hats.

Published in LE CHARIVARI in 1852

Translation: Lowers of Classical Art are ever more convinced that the cause of the Arts in France is doomed.