Untitled, from the Wet Dreams Series 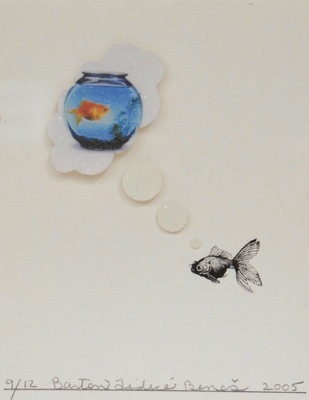 Near bottom of work

A fish thinking a about a fish bowl.