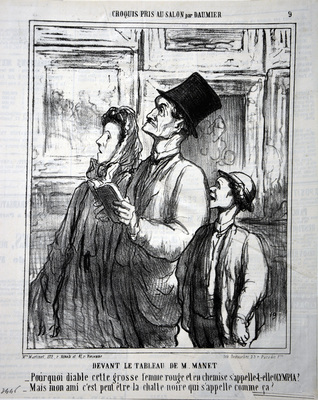 Published in Le Charivari in 1865

LOOKING AT THE PAINTING OF MANET.

-Why the devil is this fat, red-faced woman in her nightdress called Olympia?

-But my dear, perhaps that's the name of the black cat.