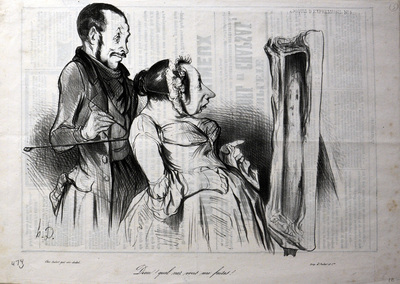 Translation: God! What a nose you make me!