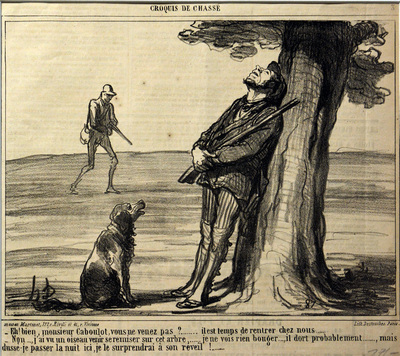 Published in Le Charivari in 1859

-Well, Mr. Caboulot, aren't you coming? It's time to go back home.

-No, I just saw a bird landing on this tree, I don't see anything moving right now, he is probably sleeping, but even if I have to spend the night here, I'll surprise him when he wakes up in the morning!