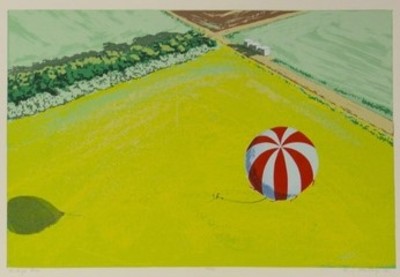 Jackie McElroy is a former Professor and Chair of the University of North Dakota Art Department. The work was inspired by the landscape of eastern North Dakota. Produced as part of the portfolio to commemorate UND’s centennial, it focuses on the flatness of the local terrain and perhaps whimsically comments on the lack of high rise buildings within the city of Grand Forks.

Part of UND in Grand Forks: Emergence of an artful relationship 2016