Franz Kafka, Give it Up—a suite of five prints: Image 3 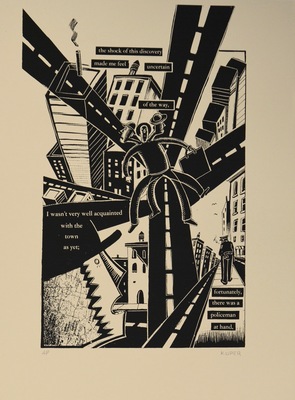