This is Not a Pipe 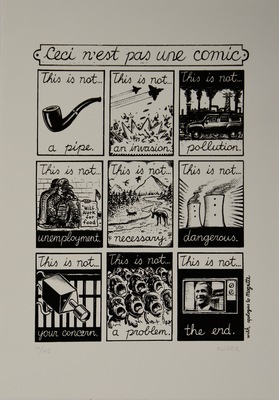 In this work, Kuper appropriates a famous work by Magritte to express his criticism towards the President of the United States at the time. This print was produced by the artist at the Department of Art and Design’s printmaking facility while he visited UND on March 26, 2008 during the 39th Annual Writers Conference.