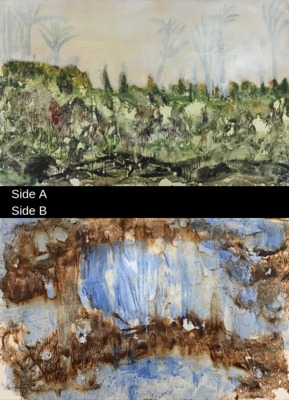 Tape on corners and bottom center