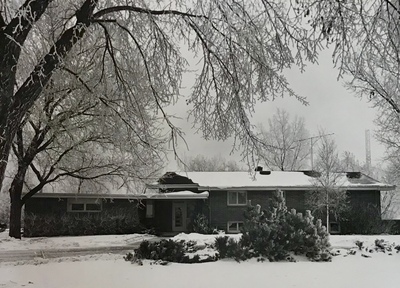 Black and white photograph of a brick house in the winter time.

Matted and attached to backing