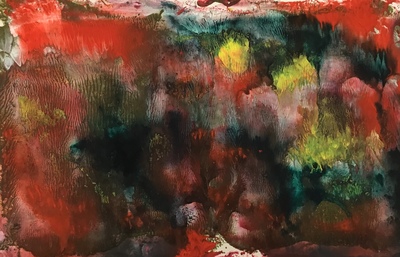 Created on the back of an old Christmas Card