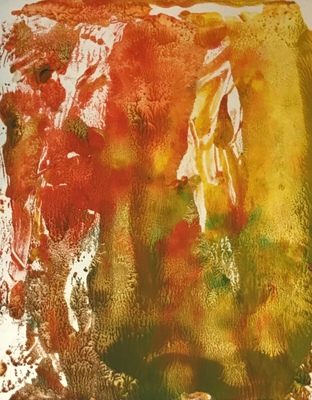 Printed on back of recycled Christmas card