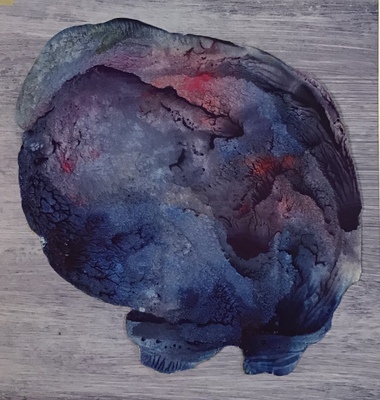 Matted and attached to backing