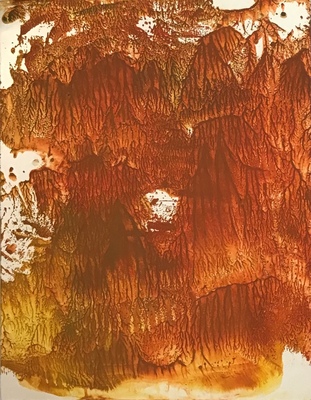 Abstract monoprint, orange-brown, done on the back of a greeting card.