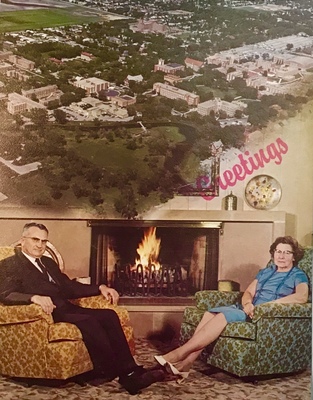 Recycled greeting card with monoprint on reverse side

Abstract monoprint on a recycled greeting card. Card has a photo of George and Margaret Starcher combined with an aerial photo of UND campus. Photo montage created by Michael Whye. Starcher used recycled materials to create many of his prints. This is an example of what you may find on the reverse side of his art.