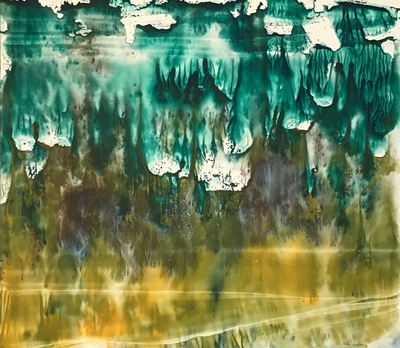 Mounted on crescent board