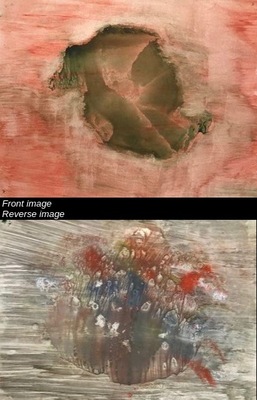 Abstract monoprint, orange and pink background with green center on white paper as the front image and gray, light green, orange and blue as the back image.