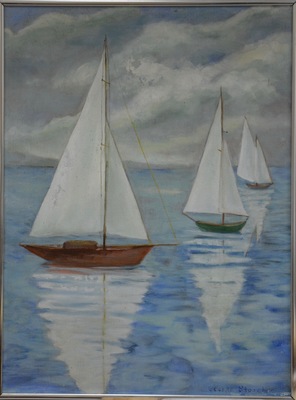 Depiction of a sailboat on the water.