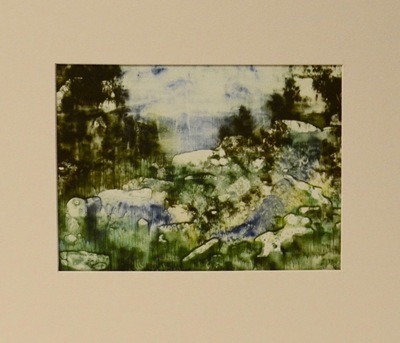 Abstract nonrepresentational print with the use of green, blue and black.