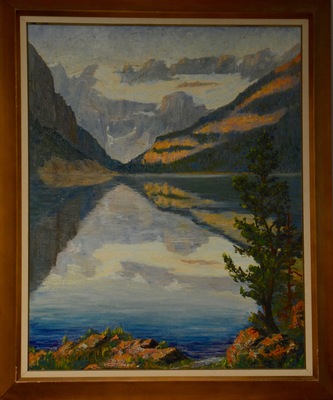 Depiction of a lake at the base of a mountain.