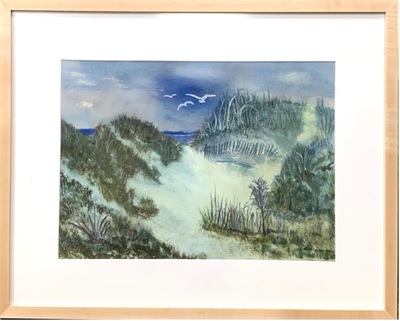 Depiction of sand dunes next to the sea.