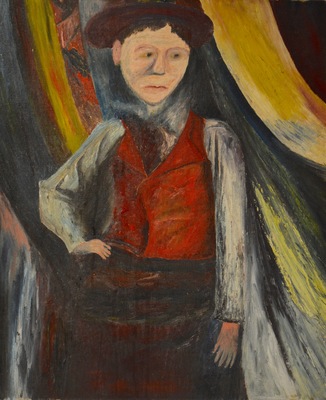 Depiction of a young man in a red vest and hat.