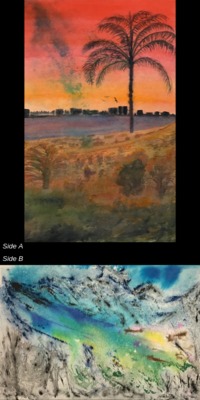 Side A; palm tree with red and orange sunset, purple and blue water