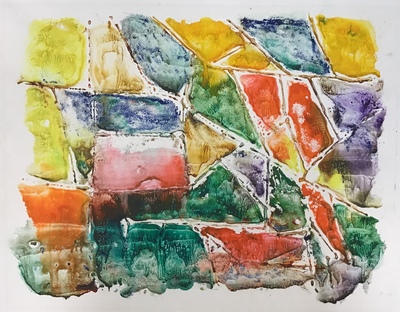 Tape on edges, discoloration throughout