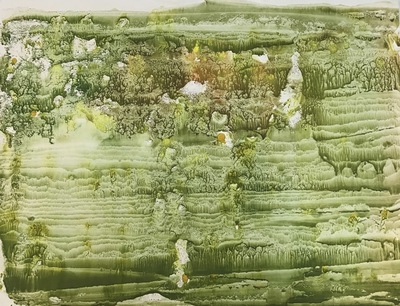 discoloration and curling of edges