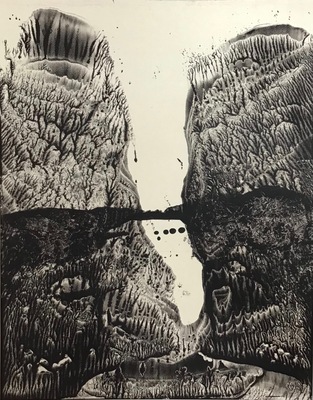 This print was made on the back of a 1970 Starcher Christmas card.