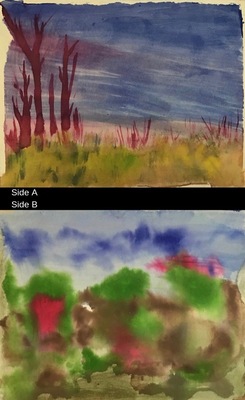 Watercolor, side A; green grass with a blue sky and magenta trees

Abstract watercolor, side B; green, magenta, brown and blue, possible deconstruction of side A image