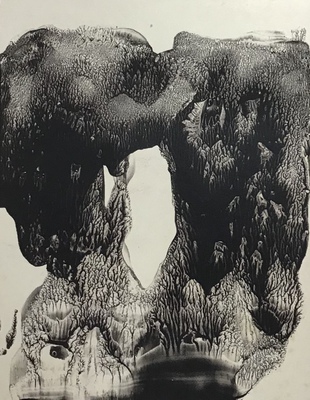 Abstract monoprint on the back of a recycled Starcher UND Christmas card. Black on white.