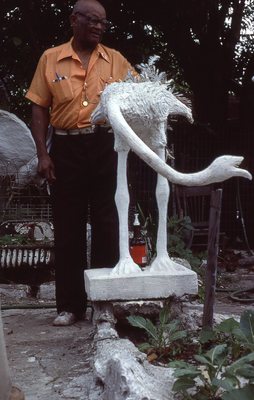 This image depicts Bailey standing next to one of his concert sculptures, an ostrich. Emblematic of Bailey’s fantastical style, the ostrich’s long neck meets its body in an off-center way, based on life-like forms, yet slightly unhinged.