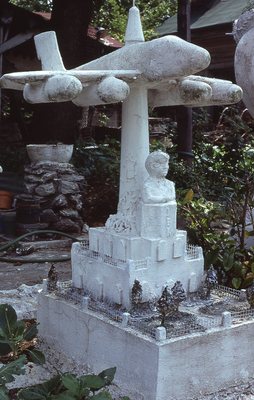 A monument to John F. Kennedy, the airplane harkens to JFK’s fight to reunite Berlin. Bailey pitched this idea as the design for a national monument to JFK, but said he “never heard back”.