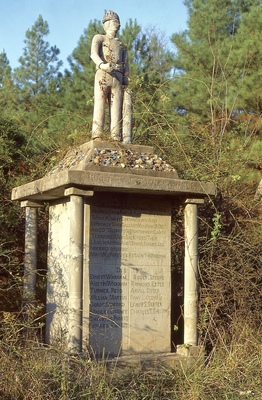 This piece of art is Wickham’s World War II memorial. He built it to honor his son and the other local soldiers who fought and died in the war.