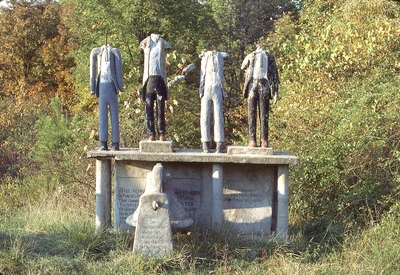 The heads of these statues have been destroyed from vandalism that has occurred over the years. This piece features the Liberty Bell, which is one of history’s most famous symbols of justice and freedom.